By Michael Jones on Monday, January 28th, 2019 in Local News 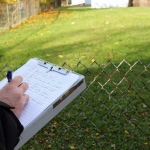 One big issue on the city’s list is permission to add what’s called “Real Estate Excise Tax No. 2.” Shawa explained that in Washington, the law allows REET of 0.25 percent on the sale of a home. However, REET No. 2 has been primarily granted to the larger, richer, wealthier, counties – primarily on the west side.

“There are some east-side pockets, because of population, because of size of population,” Shawa said. “Unfortunately, the rural areas were left out, and this is a real inequity. We should have the same toolbox that the larger urban cities and areas (have).”

The city is hoping legislators will consider a proposal to let the state’s rural towns, cities and counties – including Walla Walla – have the same fairness of REET No. 2.  If approved, the city of Walla Walla will dedicate that money to sidewalks.

“You can always spend this money on capital improvement,” Shawa said. “Last year it would have generated about $550,000. What the city wants to do is use that money to improve failing sidewalks within the city limits. Now we’ve got about $3,000,000 worth of sidewalk work to do in front of us. If we can generate $550,000 a year, six or seven years down, we’ve fixed these sidewalks. Then that money goes to putting in new sidewalks and other non-motorized transportation projects, like street lighting and better bicycle lanes.”

Shawa adds the REET No. 2 proposal is a way to address the issue without taxing residents every month or annually. Instead the tax is applied only when a homeowner sells a house, as part of the closing cost.

Shawa said this would apply to any sale of property within the city of Walla Walla. In February, March and April, the city council will hold a series of public meetings on the proposed REET.

Another issue on the city’s list is final funding for Phase 8 of the U.S. Highway 12 Project, which would complete construction of a new four-lane divided highway between Nine Mile Hill and Wallula.

An earlier story about Walla Walla’s legislative priorities can be found at http://www.mycolumbiabasin.com/2018/11/30/recycling-tops-wws-list-of-legislative-priorities/.