By Michael Jones on Sunday, February 3rd, 2019 in Local News 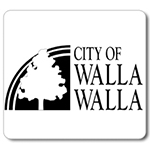 Walla Walla will partner with the Walla Walla Valley Early Learning Coalition to build the capacity of the local early learning system.

Walla Walla Mayor Barbara Clark is delighted to join the local ELC on this initiative, stating, “the City of Walla Walla is honored to work with NLC in identifying ways our community can support families and children, especially those struggling with poverty.”

Walla Walla was chosen for its communitywide commitment to prioritizing early learning and the well-being of children, and its history of work focused on families and children. City officials will use NLC’s Institute for Youth, Education and Families (YEF Institute) Early Learning Community Action Guide and Progress Rating Tool to assess their progress and develop action plans to move forward. The technical assistance program also includes in-person and virtual opportunities for learning from peer cities and national experts.

Initial goals of the 18-month process include hosting listening sessions with parents of young children to learn about aspirations for their families, and using the information gathered to develop a communitywide strategic plan to improve services for children and their caregivers.

Samantha Bowen, Director of Early Childhood Programs at WWCC, said the guidance received from NLC will allow the community to further improve early learning efforts, and will have a meaningful, lasting impact on children and families living in the Valley.

The National League of Cities is dedicated to helping city leaders build better communities. NLC is a resource and advocate for 19,000 cities, towns, and villages, representing more than 218 million Americans. The Institute for Youth, Education and Families, a special entity within the National League of Cities, helps municipal leaders take action on behalf of the children, youth, and families in their communities.

This initiative is generously supported by the Bezos Family Foundation, and is part of the foundation’s vision to create an Early Learning Nation by 2025. This cohort builds on previous work within the YEF Institute to strengthen and build local early learning systems.

The mission of the Walla Walla Valley Early Learning Coalition is to lead the community to prioritize early learning. For more information, visit earlylearningwallawalla.org or call 509-527-4453.