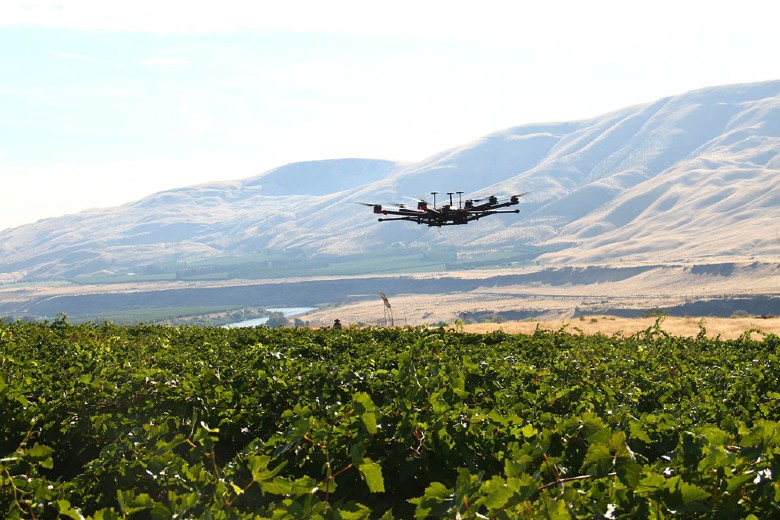 PROSSER – When birds feast on grapes in vineyards, it costs growers millions of dollars in lost or ruined fruit. Now a Washington State University research team has developed a system which uses cameras that could spot pest birds and launch drones to drive off the avian irritants.

The system, which was tested in commercial farms in Prosser, is designed to have automated drones available to patrol 24 hours a day to deter the birds from eating the fruit.

“Growers don’t really have a good tool they can rely on for deterring pest birds at an affordable price,” Department of Biological Systems Engineering Associate Professor Manoj Karkee said.

Currently, the birds are scared off just by the motion and whirring noises made by drones. But Karkee said that sounds, like distress calls or predatory bird noises, could be added.

“We could make drones look like predators, or have reflective propellers that are really shiny,” Karkee said.