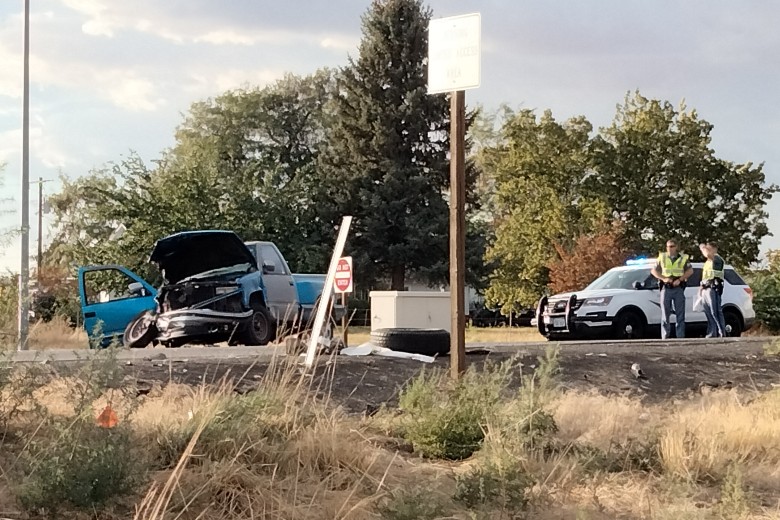 WALLA WALLA – An ambulance from Milton-Freewater Rural Fire Department and EMS transporting a patient to Providence St. Mary Medical Center in Walla Walla was struck by a pickup truck Thursday afternoon driven by Rikki A. Barton, 40, of Joseph, Oregon. The collision happened at 3:17 p.m. at the intersection of State Route 125 and Stateline Road.

The Washington State Patrol said the ambulance, driven by Brandie M. Froberg, 35, of Milton-Freewater, was northbound on State Route 125 when it entered the intersection with lights and sirens and was struck by Barton, who was traveling eastbound on Stateline Road and had a green light. Troopers said Barton was being investigated for DUI and that charges are pending against her.

Barton and Froberg were both injured, along with the patient being transported, Phyllis J. Humphrey, 80, of Pilot Rock. The other medic, Brandon M. Johnson, 25, of Everett was not injured. All were transported to Providence St. Mary Medical Center. No furthers details were provided by WSP on the conditions of the injured.