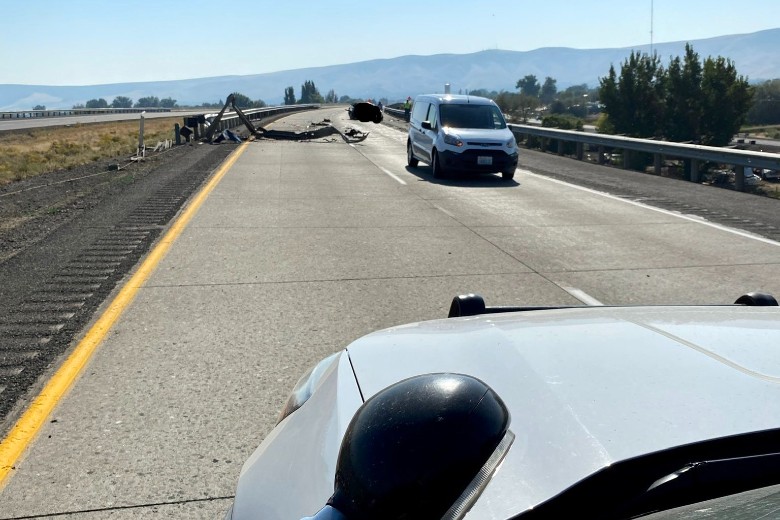 PROSSER – A Grandview woman died Sunday morning in a single-vehicle accident on Interstate 82 at milepost 79, one mile west of Prosser. The accident forced the closure of Interstate 82 eastbound for almost four hours.

The Washington State Patrol reports Nora L. Orosco, 46, was traveling eastbound on the interstate when her 2015 Nissan Altima left the roadway, entered the median and struck a guardrail at 8:38 a.m. Troopers said Orosco’s vehicle spun and came to a rest in the eastbound lanes.

It is unknown if drugs or alcohol were involved. The cause of the collision is under investigation.