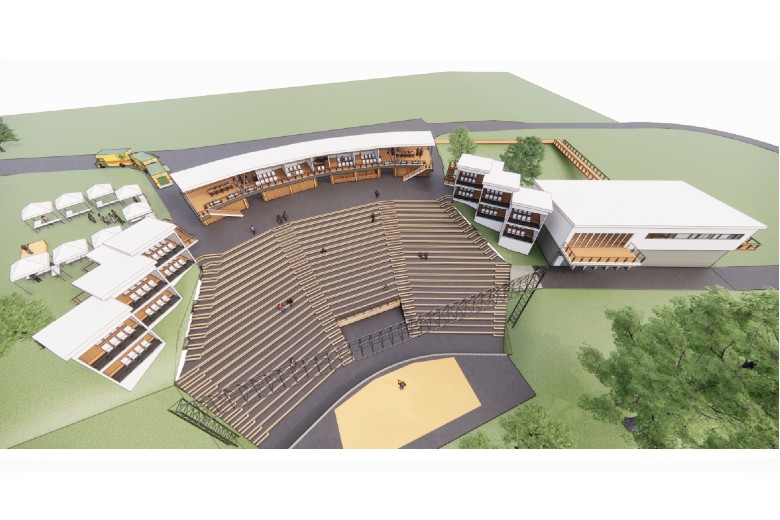 WALLA WALLA – The Walla Walla City Council meets today (Monday) at 4 p.m. for a work session and will consider a contract with the Walla Walla Summer Theater Group for the operation of the Fort Walla Walla Amphitheater. The outdoor venue was last used in 2013 for the Walla Walla Community College Foundation’s summer musical.

Walla Walla Parks and Recreation Director Andy Coleman said the amphitheater has since existed with little care or upkeep. Last August, two groups indicated they had interest in renovating and operating the amphitheater and city council asked staff to issue a request for proposal. The only response received to the RFP was from the Walla Walla Summer Theater Group.

Group President Tyson Kaup, who is a Walla Walla native and professional performing artist, said the group is formed exclusively for the purpose of restoring and sustaining the amphitheater venue as a community performance space and cultural arts center.

“Our immediate goal is to complete the work necessary to bring the theater up to current code and contemporary theater standards so that operations may resume for the summer season 2024,” Kaup said.

Kaup said there is a three-phase plan with the first phase of funding and construction lasting about two years at a budget of about $6 million dollars in construction costs and an additional $3 million in other costs including professional fees, municipal costs, risk management and development overhead. Following completion of the first phase are two additional phases budgeted at roughly $10 to $12 million dollars in total to be completed over a period of three to five years.

Upon completion of all three phases, Kaup said the Fort Walla Walla Amphitheater will become a state-of-the-art 1,500 seat performance venue with updated support spaces, a public theater festival area with a sculpture garden and food-truck access, and updated house facilities including concessions, box office and restrooms, a year-round rehearsal and event space, and 16 private viewing boxes.

The Walla Walla Parks, Recreation and Urban Forestry Advisory Board has voted unanimously to recommend the city enter into a lease agreement with the group for operation of the amphitheater.