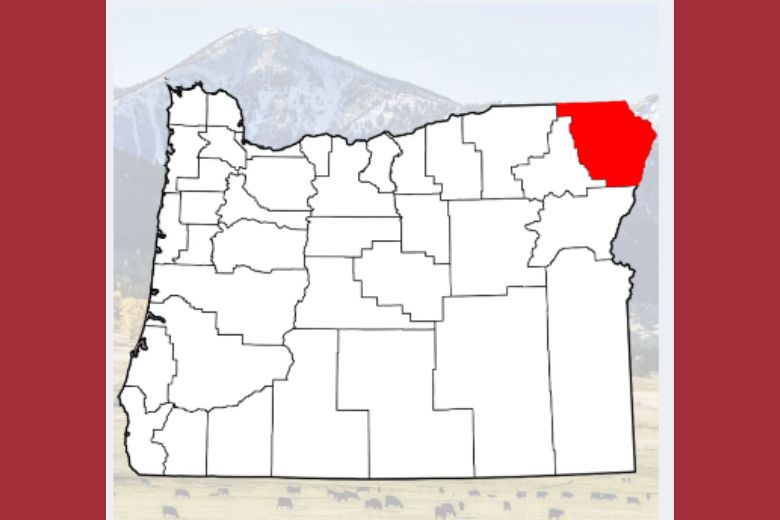 On Thursday, August 11, 2022 at 3:51 pm, I received a call from Josh Sigmon in Wallowa reporting a storm with baseball size hail and winds in excess of 70 mph. Soon after, 911 calls reporting injuries began coming in.
She Sheriff’s Office, Enterprise Police, Lostine Fire, Medics, and the Oregon State Police responded. Members of Wallowa Fire reported for duty immediately.
Almost every house and car in the vicinity of the City of Wallowa sustained damage.
The response of the community was amazing. The road crew working on the highway corners jumped in and helped citizens boarding up their windows. M. Crow of Lostine sent pizzas to Wallowa Fire Hall. 1917 Lumber in Joseph sent OSB board, and citizens began distributing it. Private citizens responded with tarps and other items. Citizens went around to their neighbors helping to clean up and board up homes. I do not have a complete list of all who responded and assisted. It was a real testament of the resiliency of the citizens of the City of Wallowa and Wallowa County.
I commend you all!
Joel Fish, Sheriff
Wallowa Public Works Director Travis Goebel is leading efforts this weekend.

Update 10:45am – Paul Karvoski, Emergency Services Manager – Crews are continuing to work throughout the town removing debris. It is a community effort with neighbors helping neighbors. Some of the power should be coming on shortly, and hopefully the remainder later this afternoon. **BE ADVISED, CREWS ARE ASKING PEOPLE PLEASE STAY OUT OF THE AREA WHILE THEY ARE TRYING TO GET DEBRIS CLEANED UP.**

As of 9:15am Per Mayor Gary Hulse, a State of Emergency has been enacted. Beginning immediately a curfew is in place from dusk till dawn. According to County Commissioner Susan Roberts, all available generators have been moved to Wallowa as power will be out until later this evening at the earliest. All road crews, ODF, and Forest Service Crews and all other available resources are in Wallowa helping with cleanup and helping and assisting residents as needed. According to Wallowa County Sheriff Joel Fish, no serious injuries were reported to him. some people on oxygen were taken to the hospital. Wallowa River House evacuated their patients. Some other injuries were transported to the hospital with minor injuries.