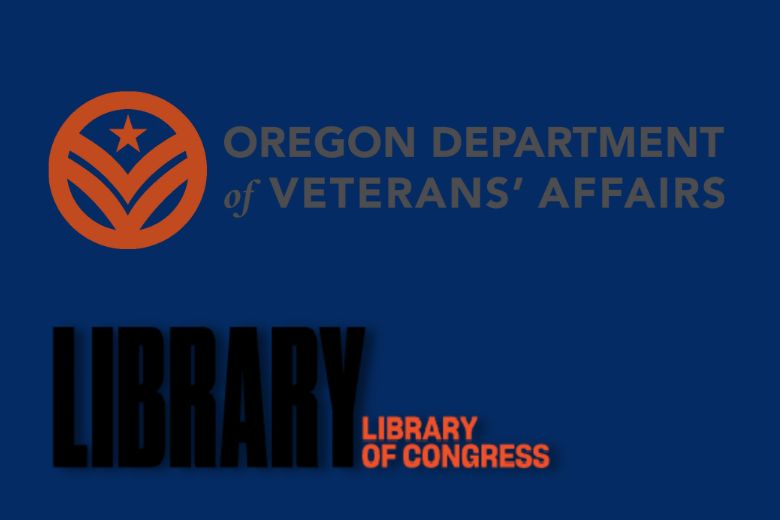 EASTERN OREGON – (Release from the Oregon Department of Veterans’ Affairs) Oregonians have stepped up to serve in the United States Armed Forces for generations, or have family members, friends, and loved ones who have answered this call to service. Capturing the firsthand, lived experiences of our veterans is an important way we can honor their sacrifices and dedication to our nation while preserving American history for future generations.

That’s why Jeff Merkley’s office teamed up with the Library of Congress American Folklife Center’s Veterans History Project to help record and share the unique stories of Oregon veterans from all walks of life.

Veterans History Project (VHP) was created by Congress in 2000 to collect and preserve the first-person narratives from United States military veterans from World War I through the present so that future generations may hear directly from veterans and better understand the realities of military service.

To date, VHP has collected more than 114,000 individual accounts from veterans who have served our country since World War I. In addition to audio and video recorded oral history interviews from veterans and Gold Star Families, VHP accepts and makes accessible memoirs and collections of original photographs, letters, diaries, maps, and other historical documents from veterans. The collections are accessible online, and are used by millions of researchers, authors, filmmakers, students, teachers, and more each year.

If you are an Oregon veteran or Gold Star Family members interested in learning more about how to participate, or if you would like to volunteer to interview or collect materials from Oregon veterans, email VHP@merkley.senate.gov for assistance from Jeff’s office.

Shane Rose is a U.S. Army veteran living in Veneta, Oregon who served in the U.S. Army for nearly 10 years (2005-2014) as an Army Specialist and Combat Medic.

The native Oregonian comes from a long line of veterans—Rose’s grandfather served in the U.S. Navy and his father served in the U.S. Marine Corps. He originally planned to follow in one of their footsteps but was drawn to medical training in the Army instead. After going to boot camp in Missouri and medical school in Texas, Rose was stationed in Germany before being deployed to serve in Operation Iraqi Freedom. He saw 15 months of combat in Iraq, during which time he was severely wounded by a mortar. He has earned several awards for his service to our nation, including the Meritorious Unit Commendation.

“The people who are in the military are from every walk of life,” Shane Rose said during his interview for the Veterans History Project. “So, you’re going to have people with different cultural backgrounds, different languages, different religions, different countries of origin, different birth places, and you’re all going to be together accomplishing the same goals. That really helps you grow as a person, and become a better person. The Army really gave that to me, of making me a person that I really like. It taught me how I wanted to be and then I became that.”

Hear directly from Rose about his experiences with medical training, military service that’s taken him to over 30 countries, camaraderie with fellow service members, living with both visible and invisible injuries, adjustment returning to civilian life with his family, and more.

Rose’s full interview was submitted to the Veterans History Project of the Library of Congress in Washington, D.C. to be preserved for future generations.This interview was conducted in Eugene, Oregon by Rose’s wife, with technical support from a student-U.S. Air Force veteran with the University of Oregon Student Veterans Center.