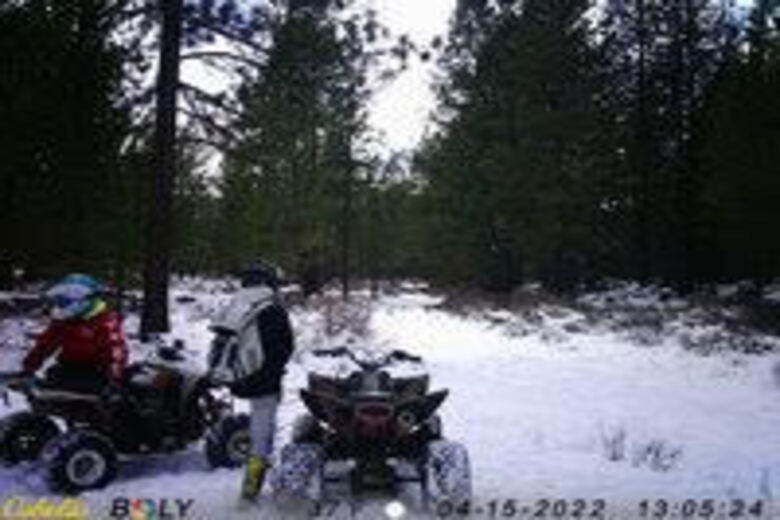 On Friday, April 15, 2022, three subjects on ATV’s trespassed on private property located approximately 10 miles NW of Sisters, OR. Multiple trail camera pictures were obtained as the subjects drove throughout the property and around gates. All three individuals appear to be juveniles and OSP would like to interview them regarding the incident.

Anyone with information on the identification of the subjects or the vehicles are asked to contact OSP’s Dispatch Center at 800-442-0776 or *OSP (*677) from your mobile phone.  Reference Case number SP22-092458.