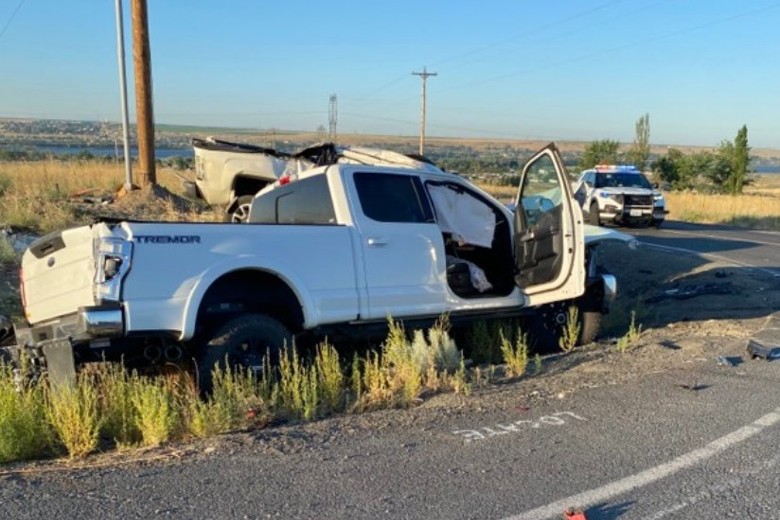 PLYMOUTH – A person is dead, and five others were injured following a crash around 4:30 a.m. Friday on State Route 14 about one mile west of Interstate 82, about 19 miles southwest of Kennewick. The Washington State Patrol identified the victim as Edith Moreno Colin, 35, of Redmond.

The failure to yield the right of way resulted in a collision with a Ford F250 pickup pulling a boat that was traveling eastbound on State Route 14, driven by Aaron J. Weets, 42, of Grandview. He and his passenger, an 11-year-old boy, were both injured.

Edith Moreno Colin died at the scene. The injured were all transported to Kadlec Regional Medical Center in Richland. No further details on their conditions or injuries were released. Troopers said drugs or alcohol were not a factor in the collision.

The crash forced the closure of State Route 14 in both directions for about four hours.