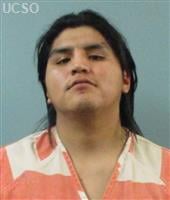 PORTLAND – The trial against Tom Redhawk Tias, 22, scheduled to begin today in U.S. District Court, has been postponed until Dec. 1. Tias is charged with voluntary manslaughter in the beating death of Thomas James VanPelt Jr. in early 2021.

The Umatilla Tribal Police Department was the lead investigative agency in the incident. VanPelt died of his injuries on Jan. 26,2021. Because the crime occurred on the Umatilla Indian Reservation and involved tribal members, the FBI took the lead in filing federal charges.

Tias is no longer in custody. He was granted a pretrial release from Multnomah County Jail in January. The judge set several stipulations for that release, including mandatory alcohol and drug testing.