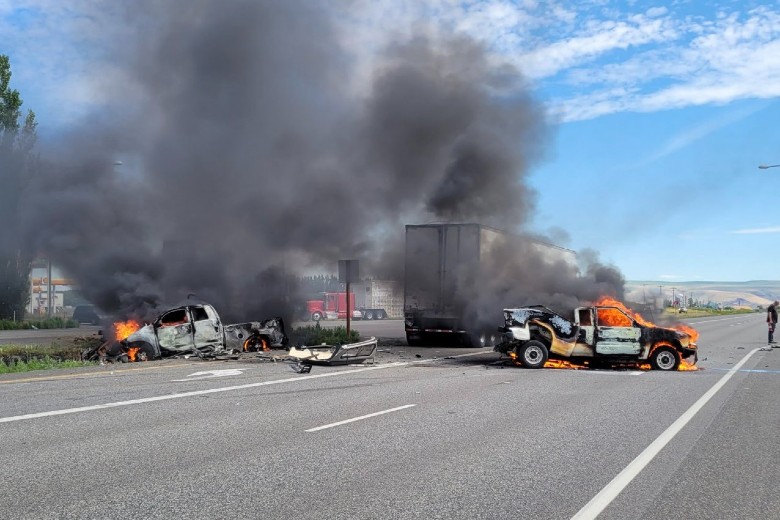 BURBANK – Three drivers were injured following a three-vehicle collision Wednesday afternoon involving a Chevy pickup, Toyota Tundra pulling a trailer and a tractor-trailer. It all happened just before 3 p.m. on U.S. 12 and Dodd Rodd.

Troopers said all three drivers from Washington were transported to the hospital. The driver of the Chevy pickup, Juan Chavez Rangel, 73, is in serious condition.