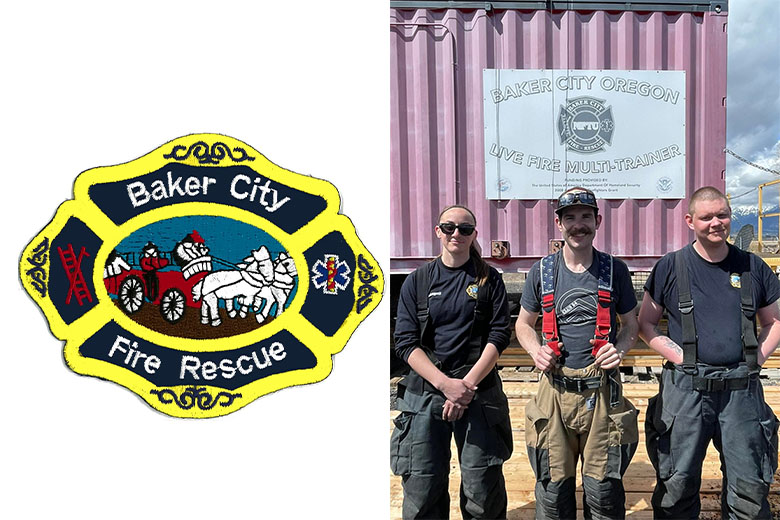 BAKER CITY – Last Saturday marked the official culmination of the Baker City Fire Recruit Academy. According to Baker City Fire and Rescue (BCFR), while their minimum training is complete, the three recruits will be spending the rest of the summer honing skills learned the last four months.

It was noted that the academy ended with a morning full of hose drills in Baker City’s Fire Training Trailers.

BCFR says “We’re proud of the dedication and effort put forth by these three and would like to thank all the instructors who’ve helped make this successful.”