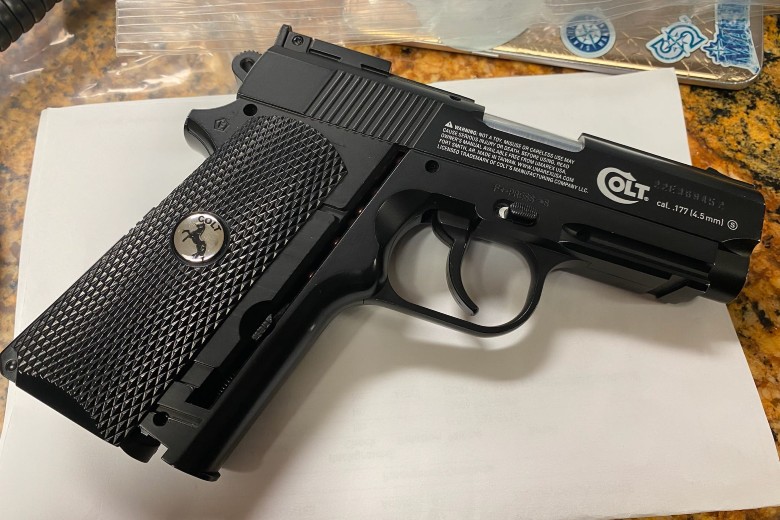 The victim made it to the office where police were notified, and the three suspects fled on foot. Officers quickly captured the three and took the suspects into custody.

When contacted by police, the 18-year-old male was found to be in possession of a realistic looking CO2 pistol.

The three were arrested on a variety of charges. No one was injured in the incident.