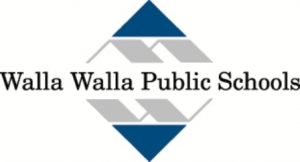 Appearing on KTEL’s “The Grapevine” Friday, Smith said the legislature places an unfortunate burden on districts like Walla Walla.

“We’re going to have to go back to our taxpayers and potentially look for a replacement levy,” Smith said. “Now we’re going to have to re-engage our community and say, ‘What level is right for our community and what kind of programs do you want to offer our students because the state has not come and backfilled the promises they have made to fully fund the education impact McCleary has had on school districts.’”

School districts across the state are now required to create budget codes for Enrichment Levy expenditures as another layer of transparency. Smith stated on the district’s website that programs funded by the Enrichment Levy provide a comprehensive school experience.

“The state’s prototypical funding model does not fund many of the programs our students, families and community have come to expect in their public schools,” Smith said.

School board members will continue studying levy needs as they prepare for a February 2020 Enrichment Levy proposal.