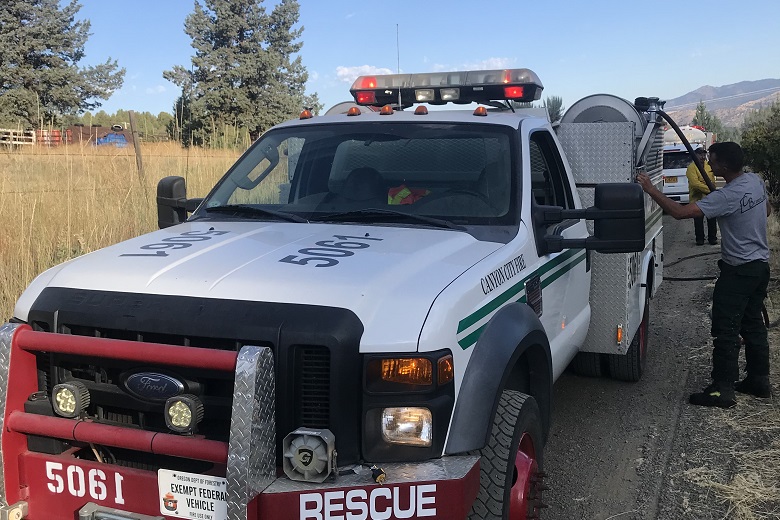 It is Fair week, and the Grant County Sheriff’s Office has been busy!

On Wednesday, the 10th, a warrant was served on eighteen year old Austin Chase-Young in John Day. Chase-Young was reported as being an escapee from a Youth Correctional program at MacLaren in Marion County.

Information was also received that a stolen U-Haul van was in the area. It was located in John Day on the morning of the 11th. The operator of the U-Haul, who was later identified as John Allen Cramer, 36, of Bakersfield California, was arrested and taken to the Grant County Jail.

The U-Haul had allegedly been a stolen from the Bakersfield area, and Cramer also had a Federal Warrant out for his arrest for other matters.

Cramer was in possession of fuel theft devises. If anyone in the local area suspects their fuel tank was drilled or siphoned, please contact the Sheriff’s Office.

On the morning of the 12th, a fire was reported on the Chimney Gulch road. Deputies and Fire personnel responded. The fire was limited to grass and brush, with two nearby homes potentially being threatened. The cause of the fire is under investigation.

As a reminder, it is hot out there, be safe, stay hydrated, and enjoy your 113th Grant County Fair.