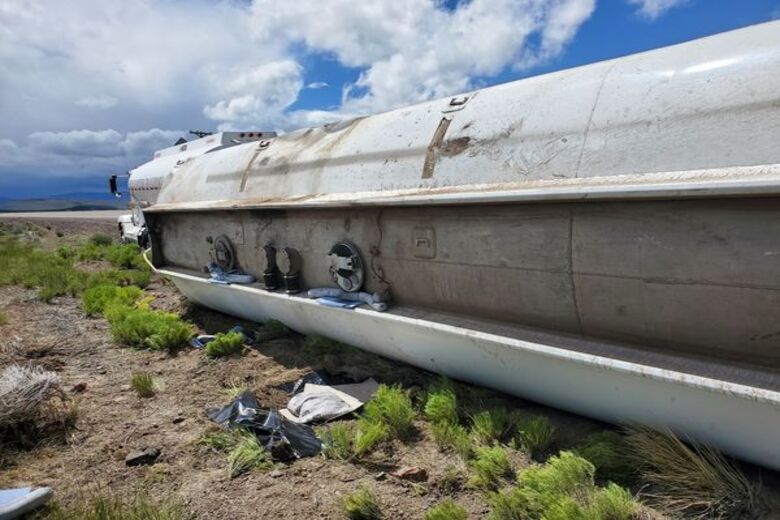 The driver 73 year old Ronald Beed was driving east bound on HWY 78. Beed went to take a left hand curve at the intersection of Lave Bed Rd when the right side of the dully wheels of the trailer drifted off into the gravel on the south side of the road. As the trailer re-entered the road it rolled onto the passenger side.

The tanker trailer was leaking a very small amount of jet A fuel around the two ports in the top of the tanker trailer. Burns fire establish a containment area to capture the leaking fuel and remained on scene until the State Fire Marshal Regional Hazmat Team 14 out of Ontario Fire Department arrived on scene. The tanker trailer had to be off loaded of all fuel before it could be up righted and removed.

Nobody was injured in this accident.