Scene of bar fight is a police problem spot 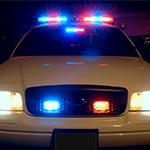 PENDLETON, Oregon – Bars and taverns pose potential problems to law enforcement, and Pendleton Police Chief Stuart Roberts says Mosa on South Main Street more than lives up to that potential. The bar that was the scene of an assault early Monday morning has plagued police in the past, and there’s little that police can do to solve the problem in a long-term fashion.

“I’ve had personal conversations with the owner,” he said. “The Oregon Liquor Control Commission has been involved in conversation over the years. There have been compliance plans put in place.”

Roberts says all he can do is ask the Pendleton City Council to recommend that the bar’s license not be renewed the next time it’s up for consideration.

“We can go through a process of making a recommendation to deny, but that isn’t the end all, be all,” he said.

The ultimate decision rests with the OLCC. Roberts said the state board based in Milwaukie is removed from the concerns of the community and can choose to ignore the city’s wishes.

Roberts says it will take a great deal of work, but he plans on sifting through his department’s calls for service to Mosa. That’s difficult because the calls are entered from the location where they are made, and often people who are in the vicinity or who have vacated the area are the ones contacting authorities. He says that while it’s hard work, he will do it when he’s notified that the bar’s license is up for renewal.