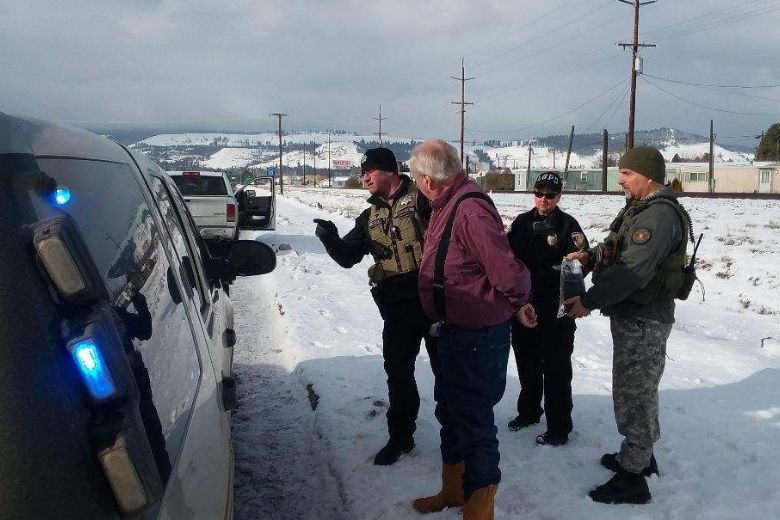 Ronald “Ron” Lee was sentenced to life in prison this morning in a Union County Courtroom.  Lee was found guilty yesterday of Murder in the 2nd Degree for the murder of Loretta A. Williams of Cove.  Lee was arrested for the murder in 2019.

During the sentencing, two individuals made victim statements on behalf of the family of Loretta Williams. One of those statements includes notes saying that before her death, “She [Williams] was excited about her new life without Ron Lee.  Also noting “we beg you give Ron Lee the maximum sentence for murder.  He has no value in this world, may he rot in hell.”

A second victim statement thanks the court, law enforcement, etc. for finding justice for Williams.

Lee’s attorney spoke saying “The jury got it wrong.”

When asked if Lee had anything to say he simply said, “I don’t have a speech.”

After those who wished to speak were finished, Lee’s sentence was given.  The sentence is life in prison with a minimum of 25 years without the possibility of parole.

Additional information on this case is expected to be released from the District Attorney’s Office.

The trial for Ronald “Ron” Lee came to an end yesterday afternoon in Union County.  Lee, who was arrested in 2019 for the murder of Loretta A. Williams of Cove was found guilty of Murder in the 2nd degree by a jury. Sentencing for Lee will be held this morning.

Below is the original release issued by the Union County Sheriff’s Office after the arrest of Ronald Lee along with the photo of his arrest.

We appreciate the support and cooperation of Loretta’s family and the community at large during this complex and taxing investigation. The case remains under investigation”