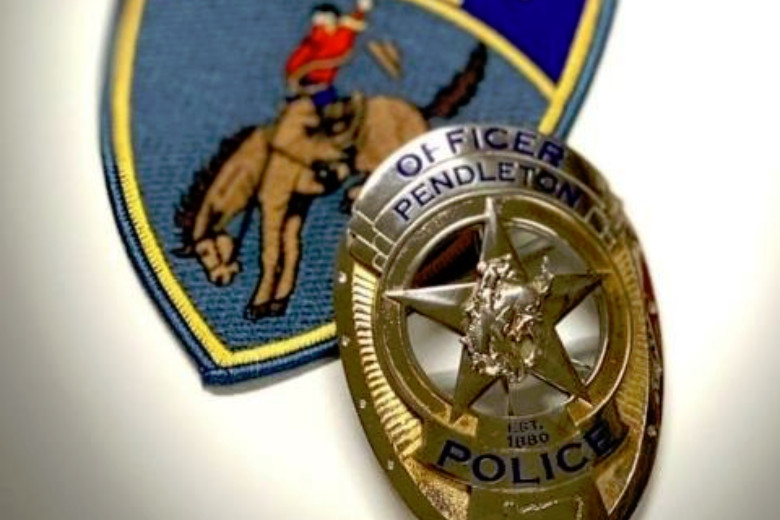 Friday June 3, 2022 at 6:06 a.m., a Pendleton Police Department patrol officer attempted to make a traffic stop in the area of the 1400 block of SW Emigrant Avenue on a gray Subaru Impreza with Washington license plates. The patrol officer attempted to stop the vehicle after recognizing one of the passengers in the vehicle as having a valid felony warrant for his arrest.

The pursuit continued through the McKay area, ultimately going back through town and onto the North Hill. During this time, the two passengers fled the vehicle while the driver continued to flee pursuing officers. Ultimately, the driver of the suspect vehicle crashed into an Oregon State Police car on the 10th Street bridge. Pursuing officers were able to take the driver into custody at approximately 6:16 a.m., but the passengers were not able to be located.

Pendleton Police Department officers took 37-year-old Aaron Cole Mapston, Pasco address, into custody for Attempt to Elude-Vehicle, Reckless Driving and on a State of Washington Department of Corrections felony warrant. Officers know who the two passengers are and will continue to seek them out to arrest them on their warrants as well.

Evidence seized from the vehicle included approximately ¼ pound of suspected methamphetamine and 92 suspected fentanyl pills. The additional controlled substance charges will be added as well through the Umatilla County District Attorney’s Office. No injuries were sustained by any of the responding units, the suspect or members of the public.

The Pendleton Police Department would like to thank the Oregon State Police for their assistance in this matter.