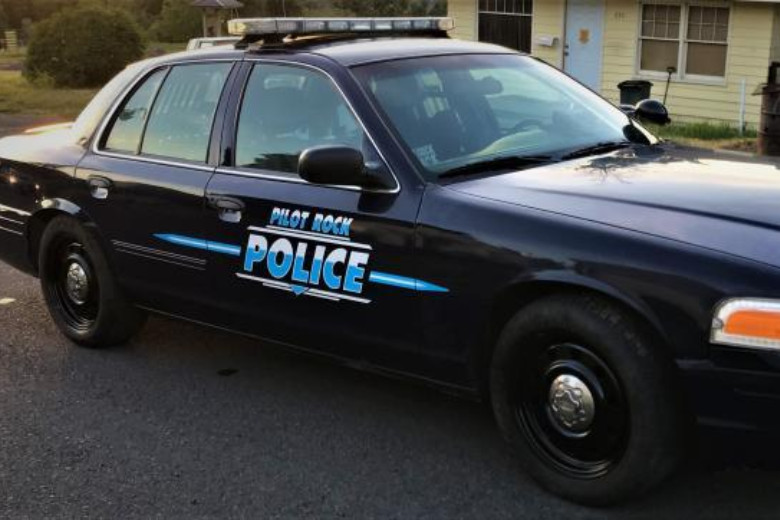 PILOT ROCK – Police Chief Bill Caldera credits an alert security guard at Woodgrain Lumber in Pilot Rock with stopping an auto theft and nabbing the suspect. Richard Ray Moffett, 60, of Pilot Rock is charged with unauthorized use of a vehicle, second-degree burglary, hit and run to property, and vandalism. He was taken into custody at 5:20 a.m. today (Saturday).

Caldera said that the suspect found a pickup truck with a key at Woodgrain and took off in it. The security guard saw him smash through the double gate and followed the suspect, keeping emergency dispatch advised of his location.

“I went on duty and stopped him at Main Street and Highway 395,” Caldera said.

Taking a truck wasn’t the only thing that happened at Woodgrain. Someone broke into an office at the company and sprayed it down with a fire extinguisher. It’s alleged that the person is Moffett.