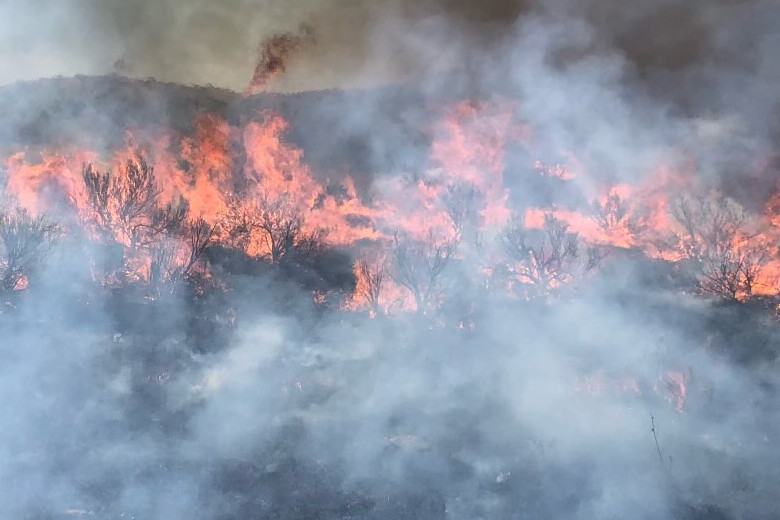 The following is a news release from Vale Bureau of Land Management:

“We did some strategic ignitions between dozer lines and the fire which increased containment,” Vale Deputy Fire Management Officer Jonathan Dunbar said. “The lines to the north are holding and we’ll continue to patrol and monitor tonight.”

Cooler temperatures and lighter winds today were more favorable for firefighting operations, he added. The fire continues to burn in sagebrush and heavy grass stimulated by the abundant spring rains, which dried out quickly when temperatures began rising.

Coordination between agencies and partners was very smooth, said Bert Siddoway of Burnt River Rangeland Fire Protection Association. He and several other volunteers were stationed with a water tanker on Moores Hollow Road, watching to ensure the fire didn’t double back into previously unburned fuels.

About 11:30 this morning, the fire reached the west side of I-84 but did not cross it. A large internal island burned this afternoon, generating highly visible smoke. Fire activity was heaviest to the east and southeast of the fire footprint.

The fire was reported on private land Tuesday afternoon, then crossed onto lands managed by Vale BLM. The cause is under investigation. No injuries have been reported, no structures are threatened and no evacuations have been ordered.