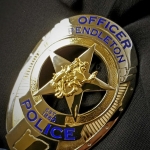 PENDLETON, Oregon – Pendleton police continue to investigate an assault that occurred early Monday morning at Mosa at 140 South Main St. The Stanfield man who was assaulted was described as highly intoxicated. He told police he was attacked by two Native American women.

Police Chief Stuart Roberts said that they did find a clue because of another call to 911.

“We did respond to a secondary call for service not long after the fight call,” Roberts said. “The report was that of a prowler. When we arrived, nobody was in the area, but we found a cell phone and a belt and buckle.”

Roberts said witnesses told police that one woman hit the victim and another threw pool balls. The victim suffered a facial injury, but was not sure whether he was hit by a fist or with a ball. At the scene, the man refused medical treatment but later visited a hospital to have his injury checked out.

Meanwhile, the items found in the nearby residential area provided clues for the officers.

“The two incidents may be connected in terms of descriptions that were provided to us of the Native females, and then images appearing on the phone,” he said.

The chief added that it will be a difficult case to bring to court due to the condition of the victim and how it influenced his memory. Information about the incident was gleaned from those who remained on the scene, but police were told many people had left before police arrived.