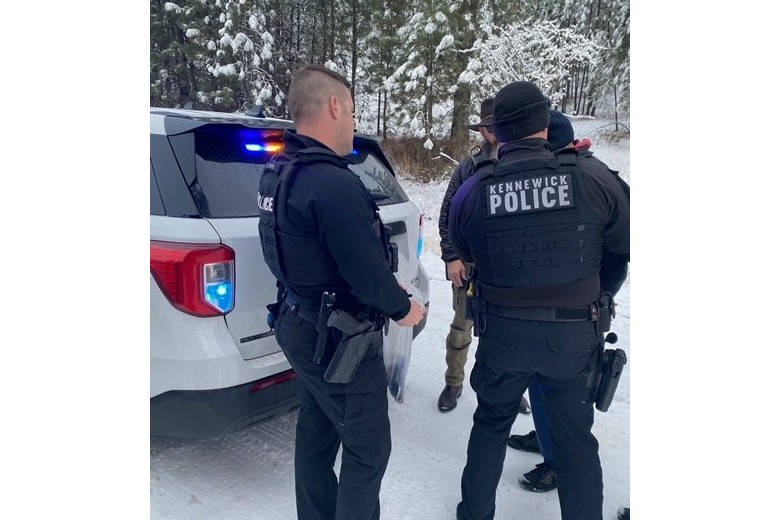 LINCOLN COUNTY, Washington – A suspect wanted in connection to a homicide that occurred Saturday in Benton County, Washington, is now in custody.

Kennewick police arrested Antonio James Aguilar-Hartman, 24, of Kennewick on Wednesday in Lincoln County, which is located west of Spokane, in connection to the fatal shooting of Mark Jurgens, 67, of Kennewick. Officers were called to a residence on the 4100 block of West Third Avenue in Kennewick where they found Jurgens deceased from an apparent gunshot wound.

An investigation by KPD detectives led to probable cause for the arrest of Aguilar-Hartman. Working with the Benton County Prosecutor’s Office, the KPD was able to have a nationwide extraditable arrest warrant issued for Aguilar-Hartman for first-degree murder.

On Wednesday, Nov. 23, KPD, the U.S. Marshals Service and the Lincoln County Sheriff’s Office located Aguilar-Hartman in the northern part of Lincoln County. He was taken into custody without incident and transported back to Kennewick where he was booked into the Benton County Jail on his arrest warrant.