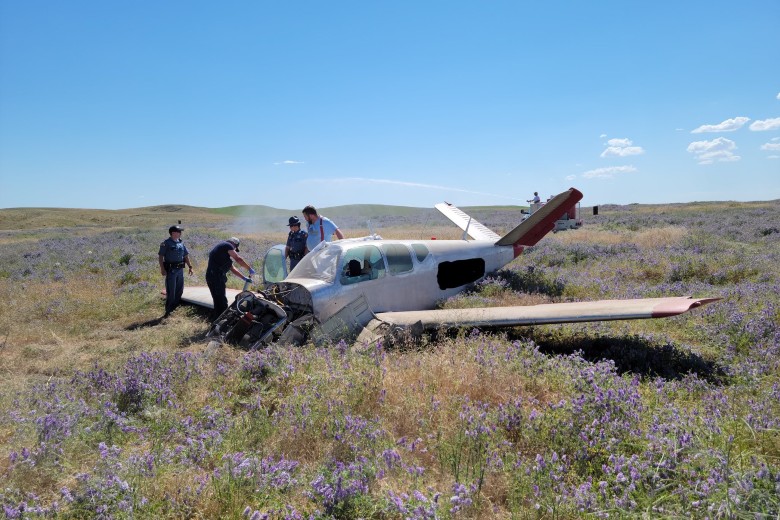 LACROSSE – A pilot of a single-engine airplane reportedly sustained serious injuries after crashing into a field in Whitman County. The Washington State Patrol and Whitman County Sheriff’s Office responded to an area in proximity of a small airstrip near LaCrosse off State Route 26 near milepost 104 at 3:31 p.m. Friday. The pilot has been identified as Kevin Kennedy, 65, of Arlington, Washington.

Initial reports indicate Kennedy was flying from Arlington to Colfax when the plane lost power and subsequently crashed. He was airlifted from the crash site to Sacred Heart Hospital in Spokane. No other passengers were on board at the time of the crash. No further details were released regarding Kennedy’s condition or injuries.

The Federal Aviation Administration and National Transportation Safety Board have been notified and will be conducting a joint investigation into the cause of this accident.