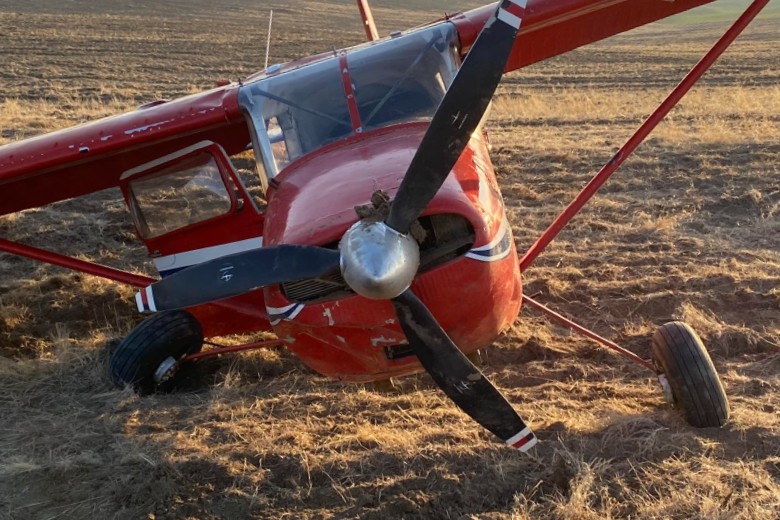 KAHLOTUS – The pilot of a single-engine aircraft was transported to an area hospital Tuesday afternoon with a facial cut and chest pain after being forced to make an emergency landing near State Route 21 near Kahlotus, about 43 miles northeast of Pasco.

The Franklin County Sheriff’s Office said initial reports indicate the pilot, who was flying alone, had a possible mechanical issue with the plane. The cause is still undetermined.

Tri-Cities Airport Director Buck Taft said the aircraft is neither based nor operates out of Pasco.

According to the FAA registry, the Cessna 180 is owned by Ross R. Dashiel of Eltopia. No information was released by authorities regarding the identity of the pilot.