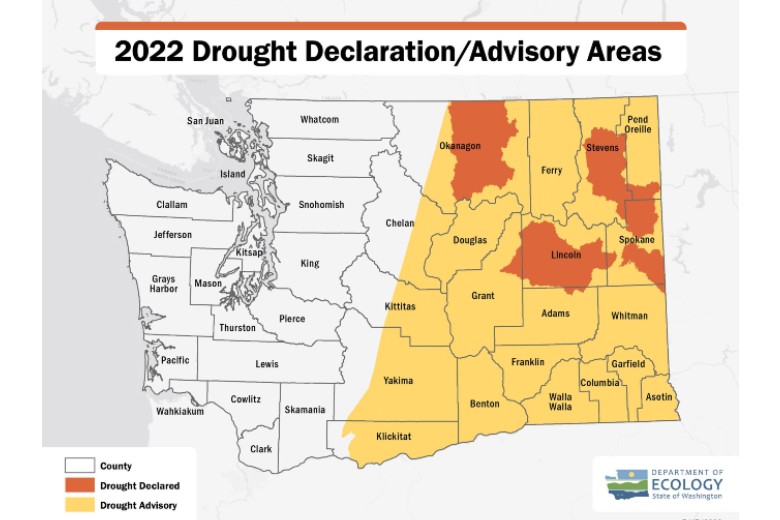 By Terry Murry on Friday, May 27th, 2022 in Columbia Basin News Featured Stories

OLYMPIA – A cool, wet spring brought relief to much of Washington following last year’s drought, however the drought’s effects still linger in parts of Eastern Washington. That has led the Washington Department of Ecology to issue an amended drought declaration for watersheds in eight Eastern Washington counties that go into effect June 1.

Unlike Washington, most of Oregon remains in moderate to exceptional drought conditions.