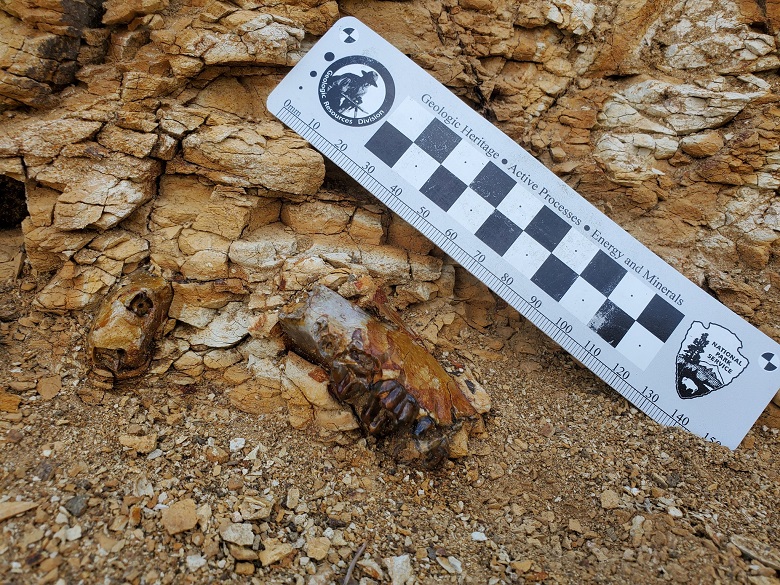 KIMBERLY – John Day Fossil Beds Chief Paleontologist Dr. Nicholas Famoso was on KJDY’s Coffee Time recently, talking about a successful season of fossil hunting last summer. Dr. Famoso said he found a significant specimen at a site by the John Day River—where historically not many fossils have been found:

“I was just kind of, you know, poking around in a cliff face. [I was] looking and I kept finding little snail shells and little leaf fragments and things—and I looked up, and I was like, ‘Oh, that’s a tooth!’

It turned out that it was a partial skull to a little fossil horse. The first fossil horse that we’ve ever had to that site, and that’s pretty cool.”

Famoso said the skull belonged to a small, three-toed horse called Miohippus, and was found in a 31.6-million-year-old lake bed. Follow the John Day Fossil Beds National Monument on Facebook.