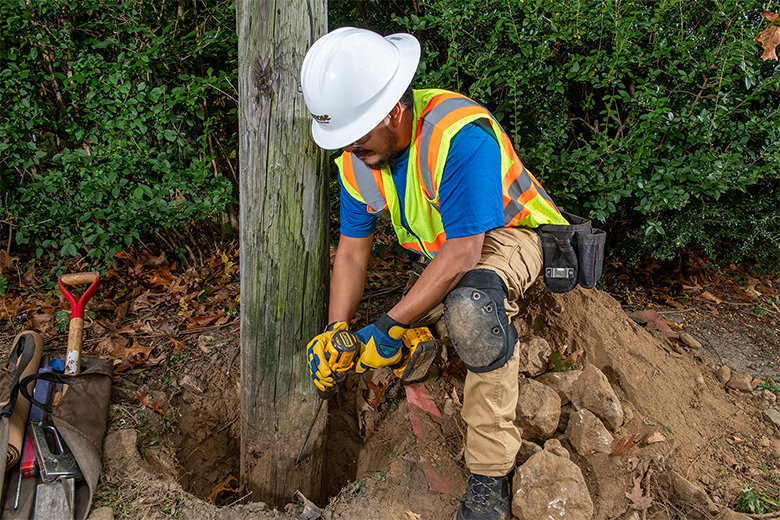 By Shannon McKone on Friday, June 17th, 2022 in Featured Stories

National Wood Treating, a contracted service with OTEC, will begin inspecting and testing utility poles for strength and potential rot, determining and treating ailing poles. Testing – which is mandated by the Public Utility Commission – will begin this week in Baker and Union counties, then will move to Grant and Harney counties over the next few months.

“Testing requires digging around our power poles and this means that in some instances National Wood Treating employees will be working in OTEC member-owners’ yards and maybe even driving 4-wheelers across open fields testing each power pole.” said Joe Hathaway, OTEC’s communications manager.

“OTEC and our contractor will both be doing their very best to make contact with each property owner,” added Hathaway. “But if a rancher is out in the fields or a family isn’t home for one reason or another, we are just wanting to give a heads up that they will be working in the area.”

OTEC’s power pole-testing program calls for each pole to be inspected and treated on a 10-year cycle. Approximately 10 percent of the system is inspected each year to identify any poles that need to be replaced and to extend the lives of those poles that remain in service.  OTEC maintains more than 44,000 poles, so around 4,400 poles will be tested this summer.

These inspection helps to safely maintain reliability and helps keep costs down for our membership.