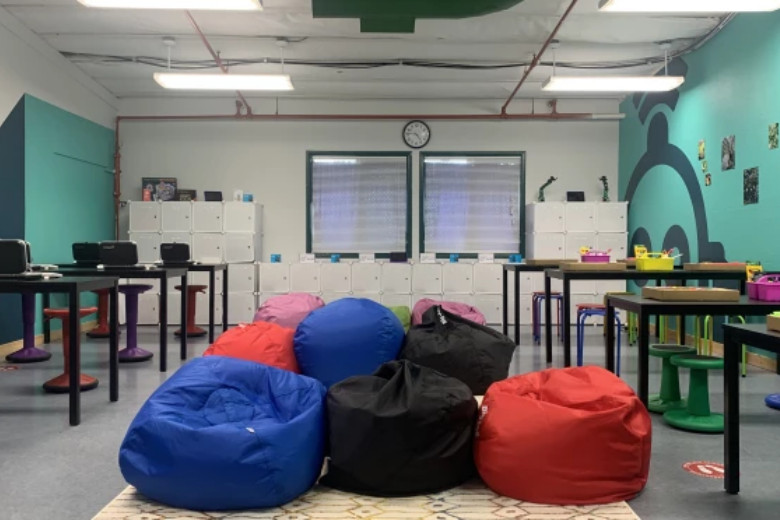 One Think Big Space opens, another is coming soon

UMATILLA COUNTY – Amazon Web Services’ Think Big Spaces are popping up across the nation, and two more are coming to Umatilla County. The first Think Big Space on the west coast was opened just a year ago at the SAGE Center in Boardman. Now there’s a space on the Umatilla Indian Reservation and one is coming soon to the Hermiston School District.

The AWS Think Big Space had its grand opening late last month at the After School Education Program building.

“What this new lab will focus on is how to prepare, protect, and preserve the cultural continuity of our first foods,” Confederated Tribes of the Umatilla Indian Reservation Interim Communications Director Jiselle Halfmoon said. “Scientists, botanists, linguists, singers, gathers, fishermen, hunters – all of them from our community, we’re looking to them to become the experts in delivering a range of hands-on after school classes.”

Halfmoon said that Amazon has made sure the space has the tools to support those experts.

“It was really exciting to see the kids just glow with all the state-of-the-art tools like drones and artificial reality equipment,” she said.

Meanwhile, the Think Big Space for the Hermiston School District is under construction in the east annex of Columbia Hall on the Blue Mountain Community College campus. It will function for students from third grade all the way through to the end of a two-year college program providing enhanced classrooms for science, technology, engineering, arts, and mathematics. HSD will work in partnership with BMCC.