One hearing down, one to go for WWFD utility fee 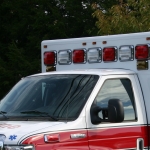 If approved by the council, all utility customers in city limits would pay a fee of $3.50 a month in 2019. Under the proposal, the fee would possibly increase to $6 a month in 2020. The WWFD says the fee is necessary to sustain services and not borrow money from the city’s general fund.

According to Walla Walla City Manager Nabiel Shawa the federal government reduced and then capped Medicare and Medicaid payments, which led to some of the city’s problems with EMS funding.

“Roughly speaking, for an average ambulance call — of course the cost depends on what’s going on — it’s roughly $1,000,” he said. “Medicare and Medicaid is $200-400 reimbursements — you put that together with our increased costs.”

In 2016, the city stopped deferring vehicle and equipment replacement funds for the ambulance service. Shawa estimates the city is behind about $500,000 in deferred funds to cover replacement.

“If we don’t do anything over this biennial budget, at the end of it, we’ll be close to $800,000 behind,” Shawa said. “It has zero reserves. It is in fragile financial condition. Unless we invest in this and take care of it and maintain it, our quality of services is going to erode.”

Currently, College Place, Walla Walla and the county are studying the possibility of creating a Rural Fire Authority.  Shawa hopes a recommendation will be completed at the end of this year. If so, residents would be voting on the issue in 2020. Depending on the outcome, that could alter or cancel Walla Walla’s ambulance services public utility fee.

Another public hearing on the public utility fee is scheduled for the city council meeting on March 27.