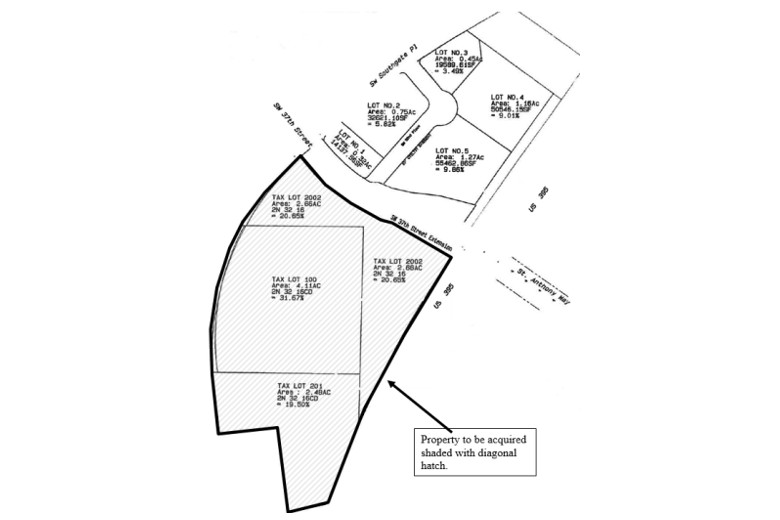 PENDLETON – The Oregon Fish and Wildlife Commission has approved purchasing 9.25 acres of land on Southwest 37th Street to build a new John Day Watershed District Office. The land is currently owned by Gale Marshall and is appraised at more than $1 million. He is selling it to ODFW for $550,000, stating in the purchase agreement that he intends for the discount to be treated as a charitable contribution.

ODFW is using bond funding appropriated by the Oregon Legislature to buy the land. Once the agency has built a new office, it would then put its current home on Mytinger Lane on the market. That early-1900s house was converted to office space and is located on land bordered by a railroad track and a mobile home park.

In a staff report to the commission, it is reported that the office experiences frequent flooding and vandalism, is aging, and no longer meets the needs and priorities for the staff. ODFW began looking for existing office space earlier this year but came to the belief that the search should focus on buildable land.

Following the purchase, ODFW plans to finalize its space requirement and work with ODFW Engineering and an architectural firm to develop building plans. The building must feature an energy-efficient design with a modern, professional workspace. At that point the bid process to hire a contractor will be instituted with an anticipated completion date in the winter of 2023 or the spring of 2024.