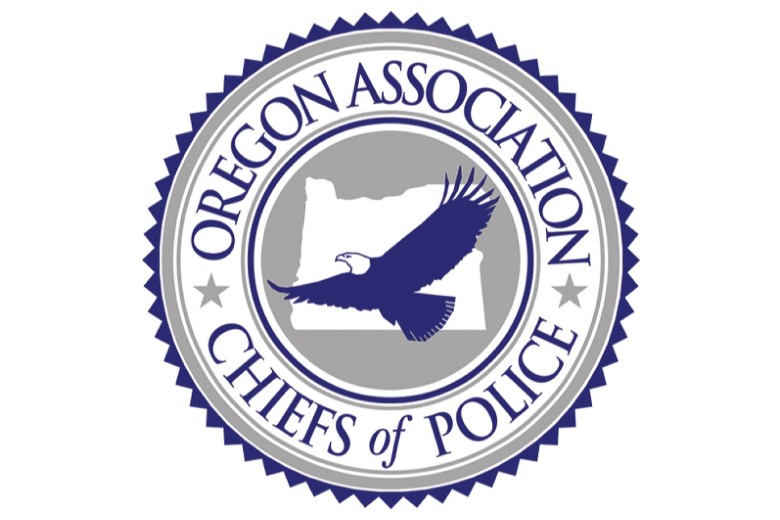 KEIZER – During the 2022 General Elections, Ballot Measure 114 was approved by a majority of Oregon voters and the measure is scheduled to take effect on December 8th of this year. The
Oregon Association Chiefs of Police (OACP) is receiving numerous inquiries about how and
when the measure will be implemented. OACP understands that Oregonians have strong
opinions about Ballot Measure 114 from a wide range of perspectives, and many believe the
measure violates their Second Amendment rights. We expect lawsuits to be filed challenging
the constitutionality of Ballot Measure 114. We affirm that the authority and responsibility for
determining whether a law is constitutional is the exclusive jurisdiction of the courts. In the
meantime, law enforcement agencies are responsible for fully implementing the measure
unless and until a court issues a stay (suspending the measure while they deliberate) or
declares part or all of the measure unconstitutional. Because the measure prevents anyone
from purchasing a firearm without a permit, waiting for court action to delay implementation of
the measure puts Oregonians at risk of not being able to purchase any firearms at all after the
measure takes effect on December 8th. As a result, we are working quickly and in partnership
with the Oregon State Police and the Oregon State Sheriffs’ Association to implement a permit
system as soon as possible.

In advance of the election, the Oregon State Sheriffs’ Association conducted a cost analysis that
revealed that the program created by Ballot Measure 114 will cost local governments more
than the fee allowed by the measure generates. Creating and maintaining the permit process
will require local law enforcement agencies to shift already limited law enforcement resources
to this newly enacted measure/program.

There are many unanswered questions about the measure that will have to be determined by
the courts and other state elected officials/agencies. Below is what we know so far.

*As of the date the measure goes into effect, we believe that all firearms sales by dealers, at
gun shows and most private transfers (other than to a close relative) in Oregon will immediately
stop.

*Firearms purchases (that have not been completed prior to December 8, 2022) will most likely
not be completed at all until the purchaser obtains a permit-to-purchase because the Oregon
State Police will stop processing the required background checks if there is no permit.

*To get a permit, a person must pay a fee and meet several requirements, including having
proof of completion of a firearms training course that meets certain requirements.

*Every local police department and Sheriff’s office must set up a system to issue these permits.
The revenue generated by the permits (limited to $65 for each permit) will not come close to
fully funding the required processes. Most law enforcement agencies don’t have the personnel
or money necessary to fund this required program. This will likely result in other public safety
resources being reduced to cover the costs of implementing a new permit program.

*After the effective date of this measure, it will be a crime (Class A misdemeanor) to
manufacture, sell, possess, transfer or use a large capacity magazine that holds over ten rounds
and wasn’t possessed prior to Dec 8, with some narrow exceptions for licensed gun dealers and
manufacturers. (But see next bullet.)

*A person charged with the crime of possession of a large capacity magazine can raise an
affirmative defense if they can prove they owned the large capacity magazine before the
measure took effect and the magazine was either on property owned by the person, or on the
premises of a licensed gun dealer, or they were using the magazine at a public or private
shooting range to the extent permitted under state law, while engaged in a firearms
competition or exhibition, or while transporting the magazine to one of the excepted locations
if the magazine is locked in a separate container from the gun.

*Having a concealed handgun license does not exempt a person from the ban on large-capacity
magazines.

*Even after obtaining a permit-to-purchase, a person wishing to buy a firearm will be required
to go through another criminal background check at the time of purchase to get approval from
the Oregon State Police for the transfer.

*The measure requires the Oregon State Police to create and maintain a database (registry) of
all firearms sales once the measure takes effect. A person will stay on that registry until they
provide proof they transferred the firearm to another permit holder and the information to
have the registry is updated to reflect the new ownership.

OACP asks for patience as we work collaboratively with other law enforcement organizations to
implement the permit process. While this is a huge undertaking for Oregon law enforcement
which is already under-resourced, OACP will work diligently to implement this complex
measure.