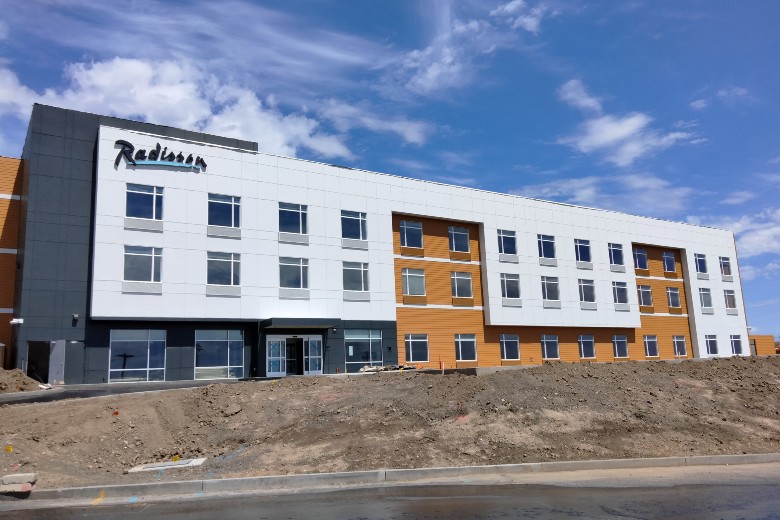 New hotel should open by June 30

PENDLETON – The Radisson Hotel at the Eastern Oregon Regional Airport is expected to open in late June. Airport Manager John Honemann said a general manager for the facility has been hired. The hotel is located in what was the airport’s long-term parking area.

“We gave up a significant amount of our parking lot to build that,” Honemann said. “Basically, we displaced about 90 parking spaces.”

The developer of the hotel agreed to make up for those lost spaces.

That increased demand will come due to guests at the hotel. “We’re going to monitor this over the next busy season and next year and see where it’s going,” Honemann said. “If we need to expand, we’ll do that.”