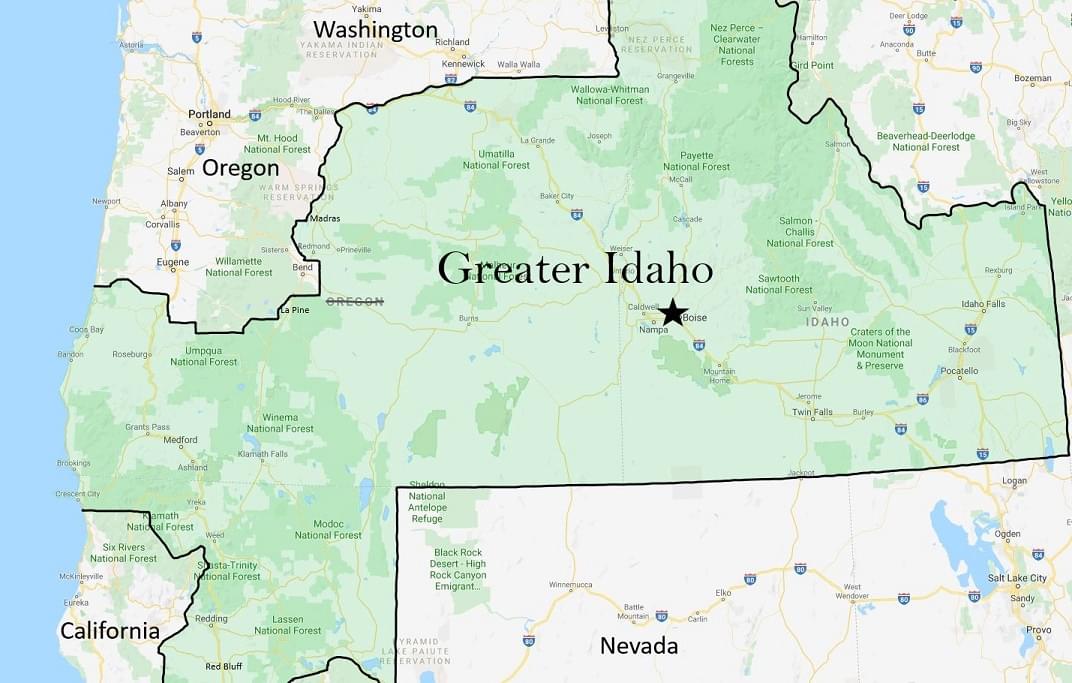 UMATILLA COUNTY – Several rural Oregon counties will ask voters about moving the border to join the state of Idaho. Others have already voted. Umatilla County has not had such a ballot question. Umatilla County Commissioner George Murdock, who is the president of the Oregon Association of Counties, says he totally understands the sentiment, but is stymied by how it would happen.

“I have to admit I agree with them in principal that we probably fit better with Idaho, but I’m also well aware of the process that would have to happen, and that’s a hill too high to climb,” Murdock said.

“I don’t know that the state of Oregon is going to readily turn over a lot of assets that are around here,” he said. “There are water rights that have been here since the 1950s. There are enough prisons in Eastern Oregon to house 10,000 prisoners. There are colleges and universities. It’s just endless.”

Murdock said people might be hoping that when Eastern Oregon’s discontent is made clear to the more densely populated part of the state that things will change to be more accommodating to rural Oregon. He doesn’t think that will happen.

“Pigs will fly at about the same time,” he said.