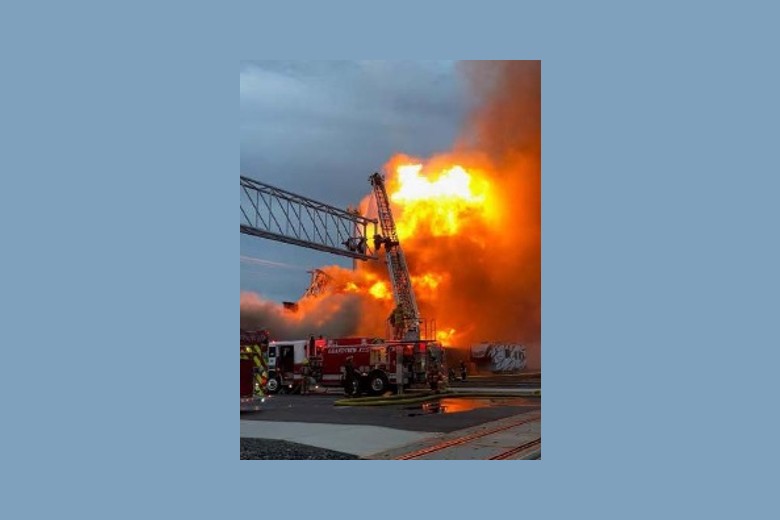 UPDATE: Prosser City Administrator Tom Glover said Thursday morning M&E Seed and Grain Company’s building which caught fire last night is still smoldering and that firefighters are still putting water on it. He added the grain silo, including the antiques store attached to it, have been destroyed.

PROSSER — A large commercial structure fire broke out tonight (Wednesday) shortly after 8 p.m. at M&E Seed and Grain Company located on the corner of Seventh Street and Stacey Avenue. Multiple fire units are on scene, according to Prosser City Administrator Tom Glover.

Seventh Street and Stacey Avenue are closed as firefighters work to put out the fire. Glover asks the public to avoid the area and obey all traffic control signs that are in place.

Updates will be provided as they become available.

Photo via City of Prosser