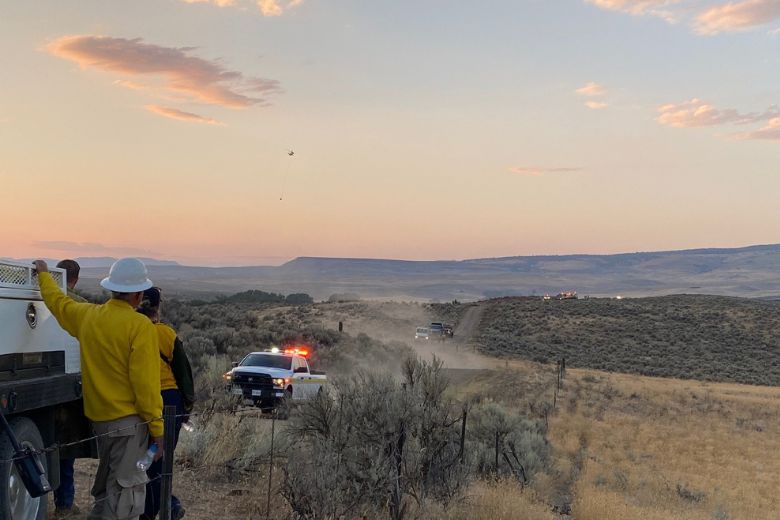 Structure protection units were released at approximately 8:18 p.m. Fire management was then turned over to BLM.

This quick response illustrates the sense of community that is often found in Baker County. Fire agency volunteers, ranchers and neighbors responded at a moment’s notice with tenders, dozers and tractors. This fire was quickly contained with no structure loss, which can be directly attributed to their actions.