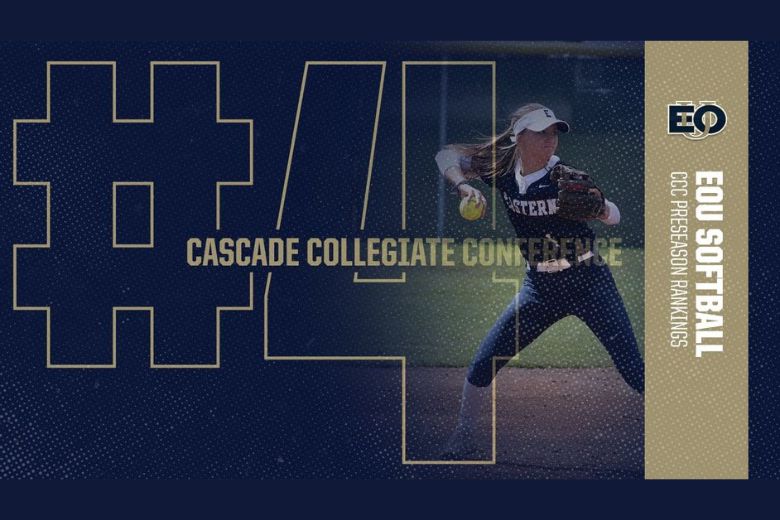 LA GRANDE – (Release from Eastern Oregon University) The Cascade Collegiate Conference announced the results of the 2023 CCC Softball Preseason Poll on Monday, Oct. 31. The Mountaineers came in at No. 4 prior to the upcoming spring season.

“I’m excited for this season and looking to contend for a conference title again with a great recruiting class,” Coach Nicole Christian said. “We have high expectations for this team and are hoping we can continue to prove we can be one of the top teams in this conference.”

The Mountaineers put together a historic season under Head Coach Nicole Christian in 2022. Winning a single season record 43 games (43-17) the Mounties had their best season in program history. The run ended in the NAIA Opening Round after a loss to No. 2 Oklahoma City University in the bracket’s championship.

Entering the 2022 campaign, EOU was picked to finish fifth in the Cascade Collegiate Conference but easily exceeded expectations. They finished third in both the regular season standings and at the CCC Tournament, registering a 24-6 mark in Cascade College Conference action.

In the final poll of the 2022 season Eastern Oregon was ranked No. 15 in the country while garnering five All-CCC selections. Earning All-CCC honors were Amanda Smith, Grace Gaither, Caitlin Crist, Shelby Starr, and Karsyn Zaragoza. The five selections marked the most All-CCC selections ever under Christian.

Crist, Starr, and Zaragoza return for the Mounties this year looking to build on last season’s incredible run. Eastern will have a challenge in replacing Smith and Gaither, two of the team’s most productive members a year ago. Smith, the leading arm for the Mounties, tossed 19 shutouts while picking up 19 wins in 26 starts while Gaither played a big role in the EOU offense hitting .294 with 29 runs and 16 doubles.

The Mountaineers will start the season off on the road on Feb. 4 when they take on Willamette in a double header. First pitch is slated for 1 p.m.