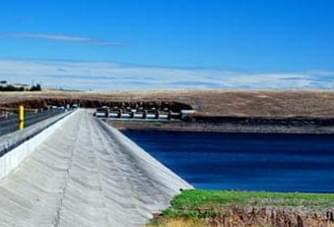 PENDLETON – The National Weather Service has issued a flood advisory until 4:30 p.m. Saturday for land along McKay Creek from the dam to the Umatilla River. Minor flooding is possible along the creek in low-lying areas as well as those with poor drainage.

The flow releases from McKay Dam by the Bureau of Reclamation will remain at around 800 cubic feet per second. Meanwhile, thunderstorms are producing moderate to heavy rain across areas of northeastern Oregon and southeastern Washington through Saturday.

A special hydrologic outlook for those areas in Oregon and Washington states that between a half to one inch of rain is expected, while in some areas amounts could reach as much as 1.5 inches. This will lead to rises in rivers and streams throughout the area as well as ponding of water in low-lying areas and fields. In steep terrain, there is also a risk of small rock or mud slides.

The heaviest precipitation is expected to occur from tonight through early Saturday. However, the National Weather Service said that it will take some time for all the water to reach streams so the higher water levels are expected throughout Saturday. They should begin receding on Sunday.