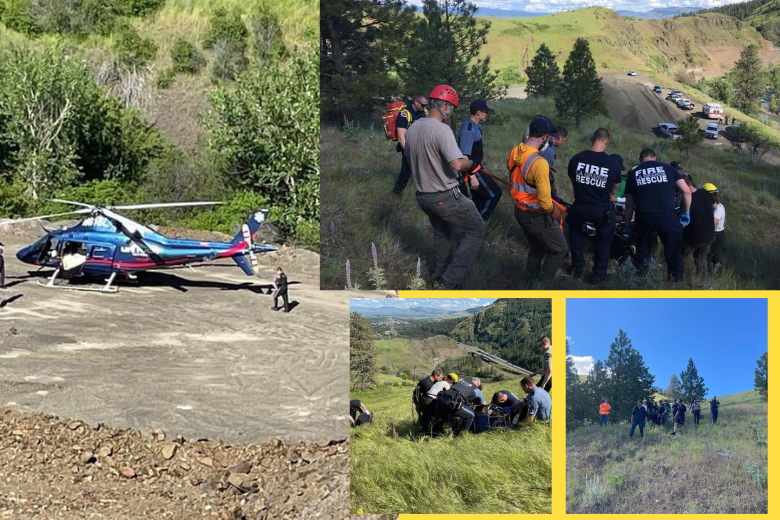 LA GRANDE –  (Release from Union County Search and Rescue) At approximately 3:45 PM on June 20th, a 25 year-old man from Summerville, OR called Union County 911 dispatch and stated that he had just crashed while paragliding and was seriously injured. Using the GPS location from the caller’s phone, dispatchers were able to locate the accident scene on a steep hillside north of Interstate 84 near milepost 259. The City of La Grande Fire Department, Union County Sheriff’s Office patrol deputies and SAR team, La Grande Rural Fire Protection District, Oregon State Police, and Life Flight Network all responded to the incident. Union County Sheriff Cody Bowen was first to find vehicle access to near the scene and then provided directions to other personnel responding.

Rescuers assembled gear and hiked the approximately 500 vertical feet up the steep hillside to the patient, assessed his injuries, and then packaged him in a stokes basket for transport. During this time a Life Flight helicopter was landed in a gravel pit at the base of the slope. The combined team of law, fire, and SAR responders then carried the patient down the steep hillside to the waiting helicopter which transported him to a trauma center in Richland, WA with potentially serious injuries.