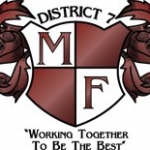 MILTON-FREEWATER, Oregon – The Oregon Department of Education released graduation rates for school districts in Oregon Thursday. These are 2017-18 rates. The Milton-Freewater Unified School District’s graduation rates at McLoughlin High School exceeded the state rates in almost every category. This is the third year of higher rates for the district.

“These rates are a real tribute to our faculty and staff in the entire district. Kudos to everyone involved,” District Superintendent Rob Clark said. “These results are the best the Milton-Freewater Unified School District have accomplished since the Oregon Department of Education has garnered this data.”

Clark said what makes these statistics even more remarkable is where most Milton-Freewater students start out. On the Oregon Kindergarten Readiness Assessment students entering school in the district have some of the lowest readiness scores in the state. So, Clark said, this requires strategy and focus and as educator and author Stephen Covey states, “Start with the end in mind.”

“We have done this in Milton-Freewater, and it is great to be a member of this quality team,” Clark said.

The district’s goal is to have graduation rates in the 90 percent and above range. Educators will also focus on the few areas that remained below the state average.