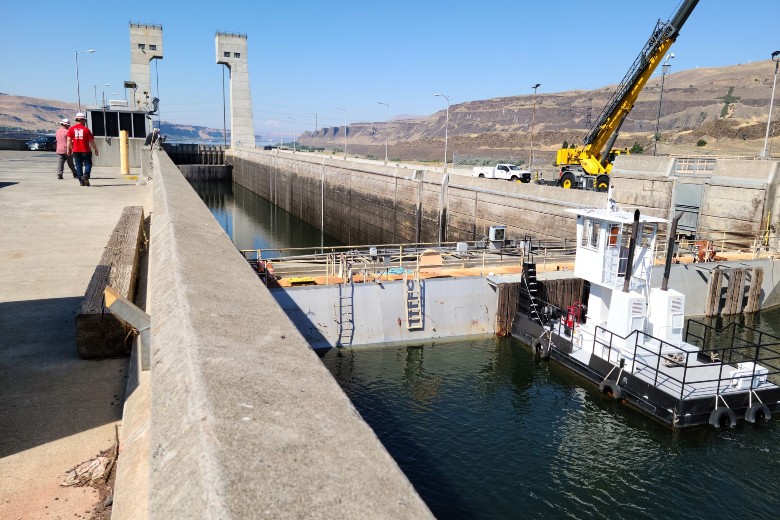 RUFUS – A broken portion of the John Day Lock and Dam’s upstream navigation lock gate has slowed traffic through that portion of the Columbia River. U.S. Army Corps of Engineers technicians found the damage to a lower guide wheel on July 25. The guide wheel assists with lowering and raising the massive gate.

The lock was closed for most of the day when the damage was found, however the lock continued to be used the following evening. Since July 26, the lock has been using a tug and floating bulkhead, which is essentially a moveable wall used to block the flow of water.

“That has doubled the normal time to lock through, but we have been passing all vessels,” USACE Portland District spokesman Edward Conning said.

The plan is to have the lock fully functional early next week as the Columbia River is the number one U.S. export gateway for wheat and barley. However, Conning said executing that plan is dependent on obtaining the parts and installing them.