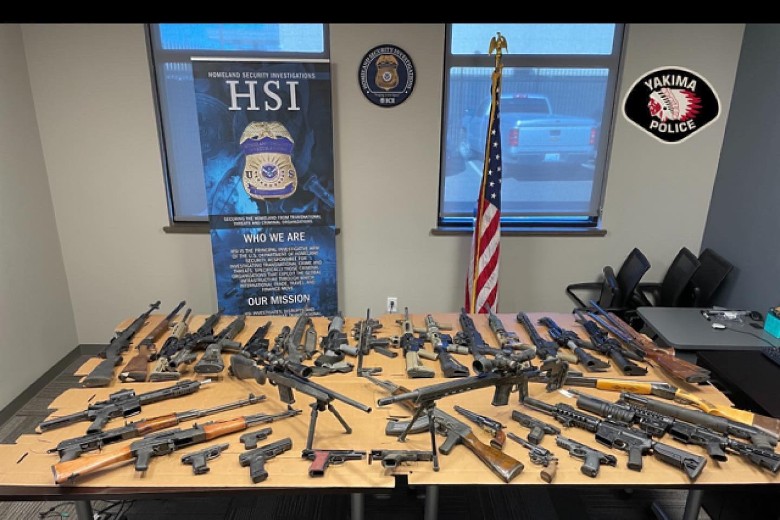 YAKIMA – The Yakima Police Department, Homeland Security Investigations and the Bureau of Alcohol, Tobacco, Firearms and Explosives recently moved in on the New Generation Jalisco Cartel which law enforcement says are smuggling narcotics from Mexico into the United States.

On Sept. 9, two federal search warrants were served in Yakima. At one of the locations, a large weapons cache was discovered. Special agents seized 27 high-powered rifles, two shotguns and nine handguns. Also seized was United States currency, methamphetamine, and fentanyl.

“Large weapons caches and fentanyl are a dangerous combination which continues to fuel the violence and crime increases in our communities,” Special Agent in Charge Robert Hammer said. “We are grateful for the partnership with ATF and the Yakima Police Department as when we are unified in our goals it is the community that wins.”

According to authorities, the cartel is also stealing high-end late model vehicles for use in smuggling narcotics throughout the U.S. The Yakima Police Department said suspects have been identified and indictments are anticipated.