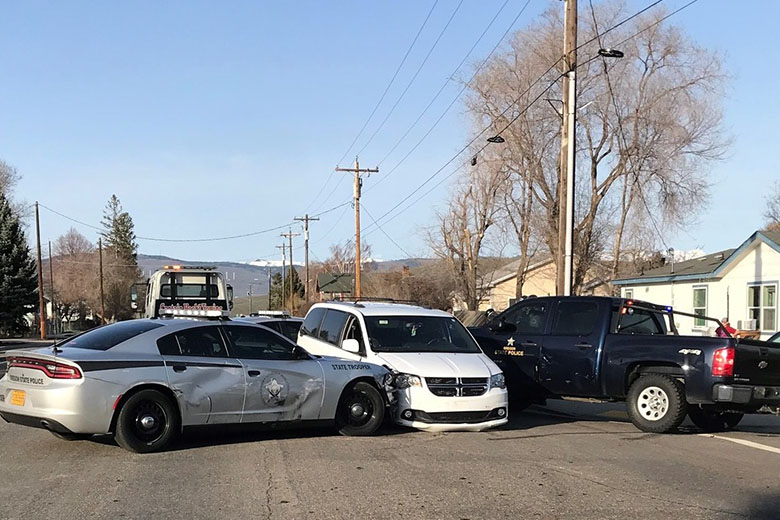 Juvenile taken into custody in North Powder after stealing a vehicle

NORTH POWDER – (Information from Oregon State Police) OSP Troopers fast and coordinated response ensured that the community was safe and the event concluded without injury to themselves or the juvenile driver.

On April 24, 2022, at approximately 5:00 P.M, Oregon State Police dispatch received a call of a juvenile with disabilities, that had stolen a vehicle from the group home that he was living in. A witness followed the juvenile and informed Law Enforcement of the vehicle’s location and reckless driving behavior.

Oregon State Police Troopers found the vehicle near milepost 27B on Highway 237 and attempted to stop it. The vehicle continued towards North Powder as Troopers entered into a pursuit. Troopers successfully spiked the vehicle’s tires prior to it entering North Powder. The pursuit continued into North Powder and was eventually pinned by Troopers near 2nd and B Street.