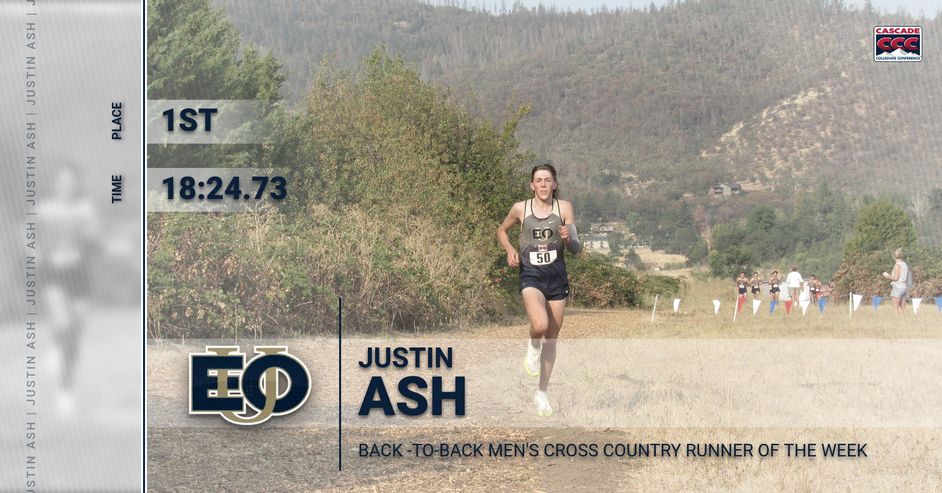 LA GRANDE – (Release from Eastern Oregon University) Thanks to another dominant performance, this time at the EOU Invitational in La Grande, Oregon on Friday, September 16, Justin Ash has been named the rize Laboratory Runner of the Week. Ash finished in first in the No. 13 Mounties’ only home meet of the year. With the honor, Ash has now won the award both times in its opening two weeks.

In another EOU dominated meet, Justin Ash followed his last winning performance with an even more dominant showing. Ash finished in first place in the men’s 6,000-meter race with a time of 18:24.73, clearing the rest of the field by more than 20 seconds. The sophomore from Baker City, Ore., picked up his second win in as many events, this time beating a field of 63 runners.

“Justin continues to put up some impressive performances and it is exciting to see the progress he has made in the past year,” Coach Ben Welch said. “I’m excited to see just how far all his hard work takes him this year.”

Ash and the Mountaineers will take the coming week off and return to action on Saturday, Oct. 1, at the forty-seventh annual Charles Bowles Invitational. The men’s 8,000-meter race will begin at 9:30 a.m.