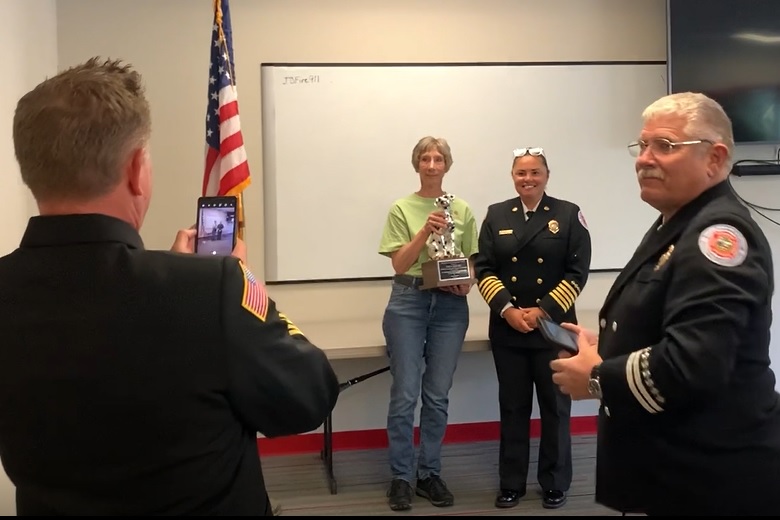 Jerome shared some of the Firewise program’s successes after being handed the Silver Sparky Award, and spoke to the community aspect:

“What I would say to the Fire Marshall’s Office is, ‘This is how we’re going to solve the wildfire problem in Oregon. By building community from the bottom up. Truly, this is it, and that’s what I learned about Firewise. You do the definsible space thing, all of that, but it’s also about building communities where they take care of thermselves.’”

The Silver Sparky Award is the highest award presented by the Office of the State Fire Marshall to a civilian.