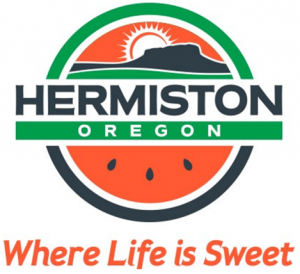 HERMISTON, Oregon – There’s no housing crunch in Hermiston. While Pendleton scrambled to meet its goal of 50 new housing units – from apartments to single-family homes – in 2018, Hermiston counted 86 new units not including apartments.

Assistant to the City Manager Mark Morgan said the city council has made the quest for more housing in the rapidly growing city all about infrastructure.

“We’re just simply saying, ‘Okay, we’re going to run a bunch of utilities through the streets out into this area’ and there’s a whole number of vacant, otherwise develop-able, land out there.”

Morgan said the city doesn’t get involved with trying to attract developers — it just gets the land ready to be easier to develop and lets the land owners and the developers do the rest. He said development takes time, so the city council is currently applying the same game plan to other areas. That, Morgan said, ensures that there is a steady flow of available land ready to be developed.

“We’re just going to run streets and utilities essentially out into the sagebrush,” he said. “The new water infrastructure will touch 14 different parcels that are at least 10 acres in size and currently have no more than one home on them.”

Last year, the city saw 70 new stick-built homes, one of which was a duplex. A total of 16 manufactured single-family homes were also placed in Hermiston during 2018.