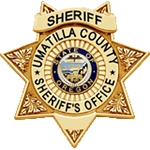 “Some citizens were observing individuals in stolen vehicles up in that area, and lo and behold, they were able to get deputies right into the area,” Rowan said.

The deputies work was cut out for them. There were two vehicles, one driven by a man and the other driven by a woman. They pursued the man.

“The male half endued up crashing one of the stolen vehicles and ran from the scene,” Rowan said. “Our deputies were able to catch him, and then later catch the female. My hat goes off to that community. They’re really pounding the streets for us.”

Umatilla County has 18 neighborhood watch groups with 777 registered members. The sheriff’s office can place people in contact with an existing group or, if  there isn’t one active in the area where you live, they can share information on how to begin a group.

Those interested in joining have to submit an application and agree to a background check. The county has updated its application form and it’s not yet available on the website, but can be obtained by contacting Lt. Sterrin Holcomb, who can also supply other information about how the program works. She can be reached at 541-966-3681 or by email at sterrin.holcomb@umatillacounty.net.

Once in a neighborhood watch, members receive training on how to report suspicious information, how to secure property, and other helpful information. Groups can also request meeting with the sheriff or others from the office. Neighborhood Watch members are added to an email list and receive daily activity reports as well as other emails alerting them to wanted persons, stolen vehicles and other information.

Neighborhood Watch groups can choose their level of participation. Some choose only to be informed through emails. Others report any suspicious activity they notice. Still other can take a more active role including caring for neighbors’ homes when they are gone, patrolling rural areas, and being on a contact list if neighbors report a need for non-emergency assistance.

Holcomb says that some of the information about the program on the county’s website is out of date. She asks anyone who needs more information to contact her via phone or email.