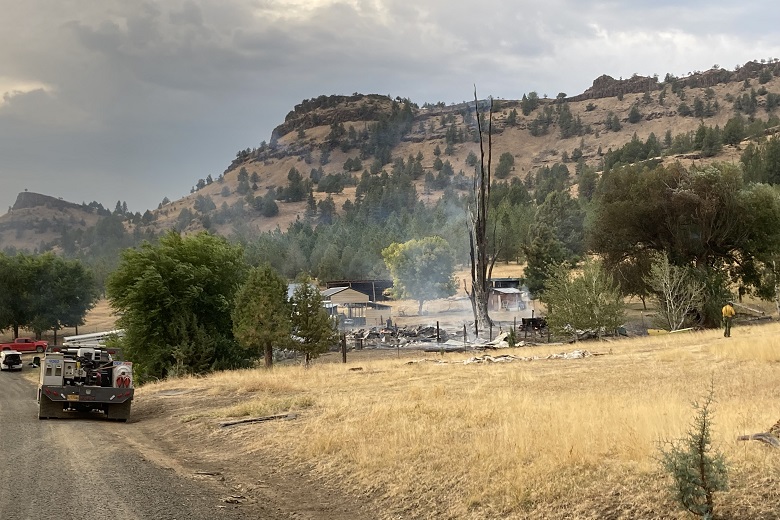 The Grant County Emergency Communication Center took a report at 2:11 pm on Wednesday, September 21st of a structure fire on School House Lane in Ritter Oregon.

The Grant County Sheriff’s Office responded and found the residence of Vega Nunez to be a complete loss, and a grass and brush fire to be spreading to the North East from the residence.

Nunez was able to get away from the residence and request help from a neighboring ranch. She was not reportedly injured by the fire.

Long Creek Fire and many neighbors arrived and were able to prevent the fire from spreading further, and preventing other homes from being consumed in the process. A big thanks to the Ritter homeowner fire crews that showed up with their personal fire equipment and put in time and effort to help out. This is what “neighbor helping neighbor” is all about.

The Oregon Department of Forestry had equipment on scene late into the evening mopping up the fire spread. The Office of Oregon State Fire Marshall was requested for the investigation, and Red Cross was on scene for immediate assistance.

As fall is upon us, it is a good time to do a pre-winter check of your smoke alarms and heating sources, in preparation for the cooler nights.