By Michael Jones on Friday, February 1st, 2019 in Local News 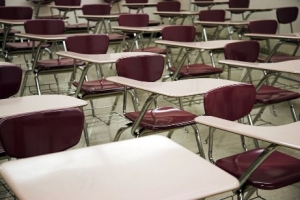 HERMISTON, Oregon – The Hermiston School District has been experiencing growth in its student population for several years, and there is no end in sight to that trend. Of course, the more students that enroll the greater the strain on facilities. A community task force has began meeting again this week to discuss plans for the future.

Superintendent Tricia Mooney says the overcrowding that’s being experienced does not mean too many students are crammed into each classroom. Average class populations are in the low to mid 20s, instead of the 30+ students that typify overcrowding. In Hermiston’s case there are just too many modular units. Currently, there are almost enough to constitute one full-sized elementary school, and there are more to come.

Currently, the three smallest classes in the district are the sophomores, juniors, and seniors at Hermiston High School. Mooney said as the elementary and middle school students get older, the overcrowding will be even more pronounced at HHS.

However, she said, modular classrooms aren’t the worst thing that can happen to a school.

“While modular classrooms might not be the most ideal solution, I like to remind people that seeing modulars across our district is encouraging, because that’s a sign of growth,” Mooney said.

A $104 million dollar construction bond for the Hermiston School District was rejected by voters in 2017.